Across the countries covered by the model, a total of 38 laden vessels are expected in Europe over the first two weeks of April, according to port and algorithmic data from LNG Edge.

Spain and France will account for the greatest share of incoming shipments with 10 each, followed by Belgium with five.

In the base case scenario, sendout would average 291 million cubic metres (mcm)/day with a peak on 10 April.

Spain would regasify the most LNG.

In the maximum sendout scenario, where LNG is withdrawn at the upper limits of each terminal, sendout will average 346mcm/day over the period with daily output to peak at 496mcm on 12 April.

Spain would once again lead sendout.

In contrast, the daily average in April last year was 332mcm/day, 14% above the base-case scenario and 3% below the maximum sendout scenario. The three-year average stands at 206mcm/day.

European LNG send-out across winter 2020/21 averaged 212mcm/day, 33% down on last year. Sendout was also 5% below the average of the previous three winters.

Sendout suffered this winter due to low LNG imports with much supply, especially from the US, instead heading to Asia on high weather-driven demand and associated spot prices.

Europe imported a total of 30m tonnes across the winter, 30% below last winter’s volumes and 3% below the three-year average.

The slump in LNG arrivals, coupled with peak winter demand, put LNG stocks under greater pressure than in previous years.

Spain, home to Europe’s largest capacity, held an average of 877mcm equivalent of regasified LNG in stocks for the winter. This translated to a 33% drop year on year.

Sendout is set to pick up in the second quarter with European LNG imports to be boosted with European prices closer to Asia and with strong US LNG production forecast. European imports hit an all-time high in March, shows. 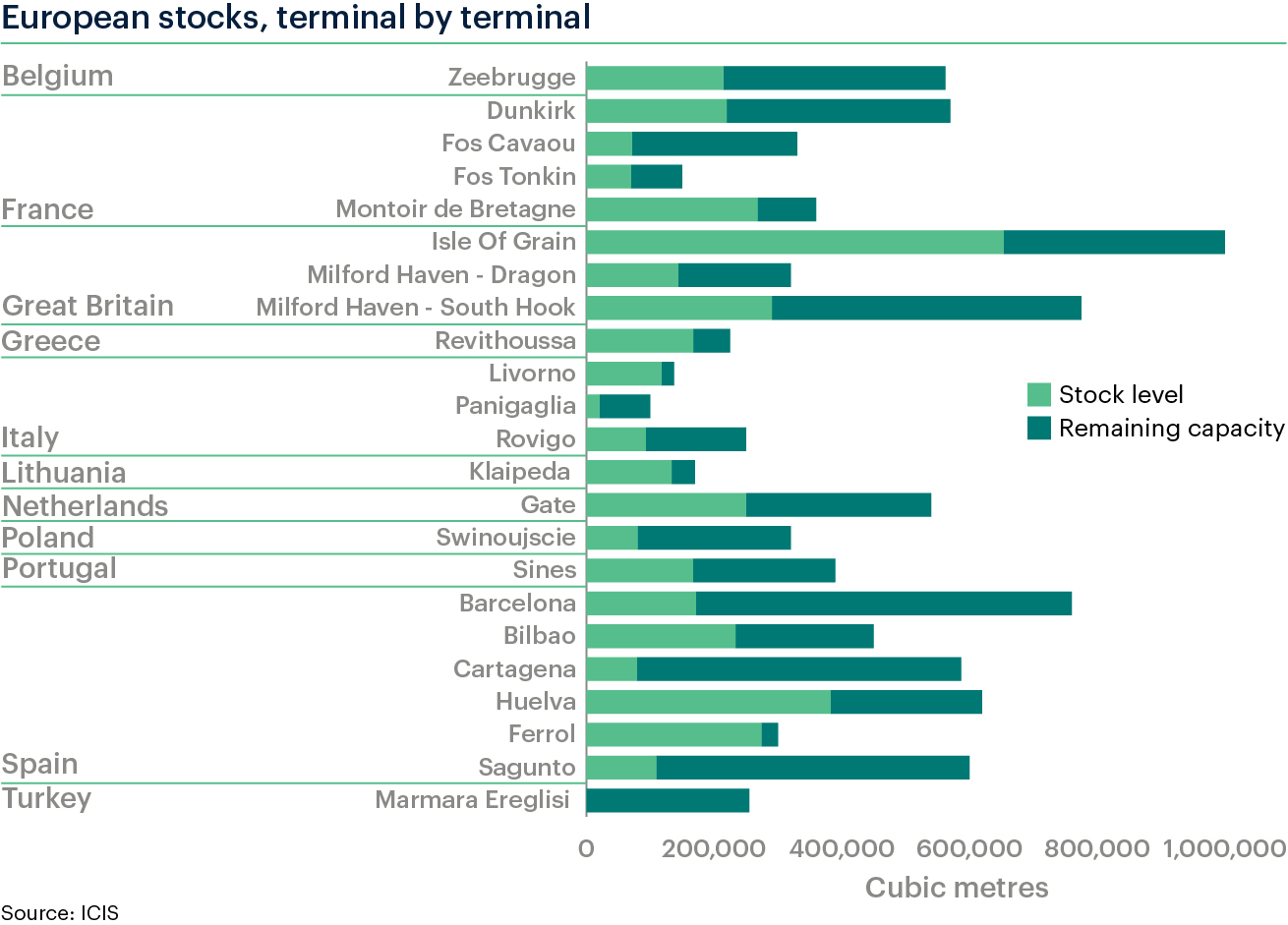 Qatari deliveries into Europe were among the worst affected due to blockage at the Canal which lasted 23-29 March.
Source: ICIS by Christopher Rene, https://www.icis.com/explore/resources/news/2021/04/06/10625287/above-average-european-lng-sendout-forecast-in-april