The Port of Gothenburg is by far the largest container port in Sweden. Official figures recently published show that the port has grown even more in relation to other ports in Sweden and Europe.

Container volumes at the Port of Gothenburg rose by 0.5 per cent in 2020. This can be compared with recent figures published by the employer organisation “Ports of Sweden” and the government agency “Transport Analysis”, which show that volumes passing through Swedish ports as a whole fell by more than one per cent. 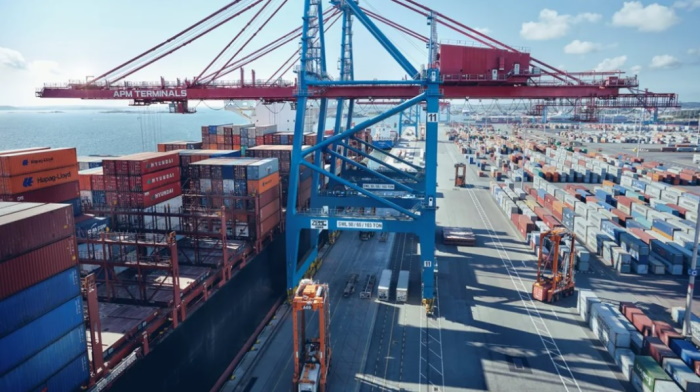 “Whilst Covid-19 has resulted in an uncertain year for many industries, the Port of Gothenburg has succeeded in offering security and continuity for its customers. We have managed to remain open throughout the pandemic, call numbers have been stable, and the shipping companies have prioritised the Port of Gothenburg. Rail operators have also done an amazing job, and we have managed to increase the proportion of rail-borne containerised goods even further. The port as a whole has become a byword for reliability, and that makes me incredibly proud,” said Elvir Dzanic, Gothenburg Port Authority chief executive.

The Port of Gothenburg has also managed to strike a balance between imports and exports. Imported containers can be quickly emptied and used for exports, and as a result the shortage of containers worldwide has not been felt to the same extent. Greater collaboration and more joint campaigns with the port’s inland terminals have also mitigated the potential impact of the container shortage on the Swedish market.

Stable economy as a basis for continued investment

It has alsobeen a stable year for the portin economic terms, with the continuation of investments that were already under way. The Svea transshipment terminal has now been completed, and momentum in the Skandia Gateway fairway project and construction of the new Arendal 2 terminal has been maintained. Both projects are proceeding according to plan.

“We have strengthened our balance sheet during the year by reducing future loan requirements. This has allowed us to continue investing in the environment, digitalisation, and other initiatives to increase customer value, and making freight transport in the future even more efficient and environmentally sound,” said Elvir Dzanic.

From an international perspective, the Port of Gothenburg also fared well during the year with many of the major ports around the world reporting a significant fall in volumes. Container movements at the 15 largest ports in Europe were down by an average of 2.8 per cent last year.

“We are extremely pleased that we are able to offer Swedish industry stability. It is demoralising when so many companies are having a hard time, but the figures show that here in Gothenburg we are getting something – maybe most things – right,” said Elvir Dzanic.
Source: Port of Gothenburg