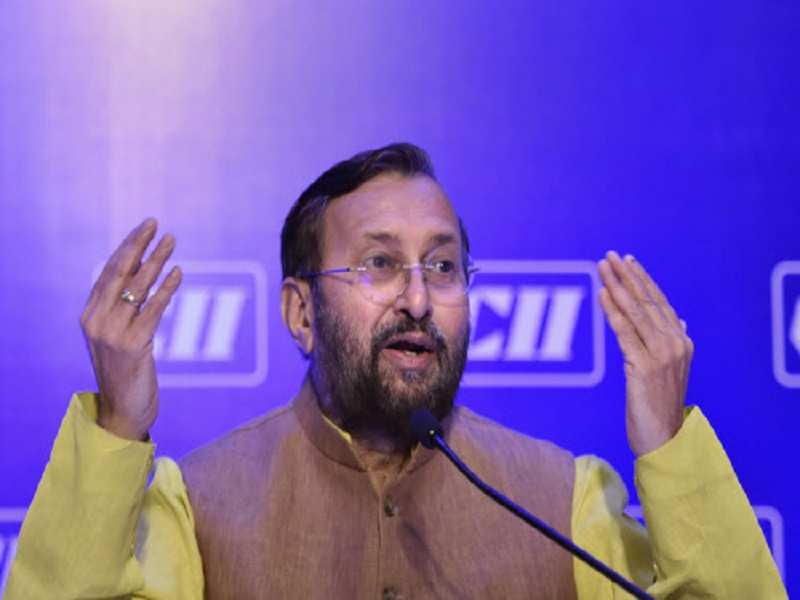 New Delhi: Union Environment Minister Prakash Javadekar on Wednesday said India will raise its climate ambitions but not under pressure, and that it will not allow anybody to forget their historical responsibility.

He also said that India is suffering because of the mistakes of others and “is not responsible for climate change that is happening”.

Javadekar made the remarks during a speech after a meeting with French Foreign Minister Jean-Yves Le Drian at the French Embassy.

The minister said the collaboration between India and France will go “deep and deeper”, as Prime Minister Narendra Modi and French President Emmanuel Macron have an “unusual good chemistry amongst themselves”.

Underlining that India is a responsible country, Javadekar said, “We will complete out commitments, raise our ambitions but not under pressure. And we will also ask countries to provide finance and technological support and about their (climate) actions.”

He said India is the only G-20 country to walk the talk on the Paris climate agreement and “we have done more than we promised”.

The minister said that frequency of abnormal (weather) events has increased but “let us not forget that this is not a new phenomenon”.

“What we are suffering today was caused 100 years ago. European and American countries and China, in the last 30 years, emitted (greenhouse gases) and therefore, the world is suffering… India is suffering because of actions of others,” he said, adding that historical responsibility is a very important aspect in climate debate.

“We cannot just forget it (historical responsibility), and we will not allow anybody to forget it,” Javadekar said.

Everyone is facing common threats, but those who have polluted will have to act more, he said.

“They committed in Copenhagen, 100 billion dollars per year… but where is the money. There is no money in sight,” he said.

Under the Copenhagen Accord, developed countries committed to a goal of mobilising 100 billion dollar a year by 2020 to help developing countries mitigate climate change.

Javadekar said many countries have forgotten their pre-2020 commitments.

“Now we are saying don’t use coal but the alternative has to be much cheaper than coal, only then people will do away with coal,” he said, adding that India is not a major emitter.

The minister mentioned that China’s coal consumption is 4 billion tonnes this year as compared to India’s 850 million tonnes.

“How are we comparing apples with oranges? So, the principle of equity is also important…The poor of this world has the right to grow. They need power,” he said.

Javadekar said Europe’s power consumption per capital per year is 10,000 is kilowatts, ours is 1,200 kilowatts.

India has increased its tree cover by 15,000 square kilometers, aims to restore 26 million hectares of degraded land by 2030, and reduced its emission intensity by 26 per cent, he said.

India has levied 40 per cent carbon tax on fossil fuel, state and Centre put together.

“France also tried this but they had to roll it back. With 36 parties, such diversity, such a huge country which is not so developed, we are doing this. This is the level of our commitment,” he said.

Countries responsible for climate change should finance what they committed to and make technology available at an affordable cost, the minister said, adding that fighting climate change is not a business but a duty.

The world has agreed to supply anti-AIDS drugs at cost price, because the disease is considered a disaster.

“If climate change is a disaster, we should not profit from this as well,” he said.