One of the major outcomes of the ‘following economic growth model of western countries’ is water scarcity in India. This in spite of the fact that India receives much higher annual rainfall compared with other major continental areas. No doubt, this rainfall is very variable in space and time, just as any other gift of nature.

We always find solutions to problems nature creates. One of the solutions is the Interlinking of the Rivers.

The linking of Ken Betwa has been seen as one of the projects and has raised as many eyebrows and its irrelevancy with an attendant emphasis on alternatives that go down to India’s traditional wisdom.

The main objective of the Ken-Betwa link project is to make water available to water-deficit areas of the upper Betwa basin, and this has been the aim of the nationwide proposed National Water Grid.

One of the proclaimed aims of the National Water Grid on interlinking of Indian rivers is to remove the natural imbalance in rainfall and water availability, which has also been causing floods in some regions and drought in others. Another objective has been to increase food grain production, hydro-power production, and inland navigation.

As per the concept, water from a river in spate will flow to the other river. Besides, it can be used for navigation throughout the year without involving substantial pumping. It was also sought to be a solution to farmer death, floods, and droughts

The linking can double irrigated land through interlinking. Its power generation capacity (60,000 MW) is also around 76 per cent more and will provide uninterrupted water supply to around 700 million people It will also help the government save Rs 1 lakh crore spent on oil imports and make 180 million jobs. Thus, it looks like a win-win situation for everybody. Water flow at Farakka can also be augmented so much so that it can resolve the tricky Farakka issue permanently.

The project envisages the construction of three waterways –in the north, the south and at the middle — which is able to “impound and store, transmit and distribute” “extra” water among river basins.

As many as 30 inter-linking projects are identified, and also the first project under the plan entails linking Ken and Betwa rivers in Madhya Pradesh.

The link is with an ostensible aim that Bundelkhand will be supplied with water. However, the upper reaches of Betwa is outside the Bundelkhand and experiences more rains than the region. Most areas of Bundelkhand that assured a supply of water are already being supplied by existing projects

There are going to be some ecological destructions, too. The Panna district, one of the smallest irrigated areas of Madhya Pradesh, will suffer maximum destruction while getting little or no have the benefit of the project. Lower down, Banda district in Uttar Pradesh’s also stands to suffer adverse impacts.

The people of Bundelkhand certainly need better water access and management. But the Ken-Betwa Link Project (KBLP), estimated at a price of Rs 38,000 crore, isn’t the answer. The project will, on the contrary, result in huge adverse impacts within the region.

River linking, on the whole, is fraught with dangers and is always unsustainable in the long run.

Inbuilt in the linking philosophy is that the flooding of the river is a disaster and that it should be curbed, and that the river has no right to drain itself into Sea. Both the assumptions are wrong.

Ecological Effects of the Interlinking 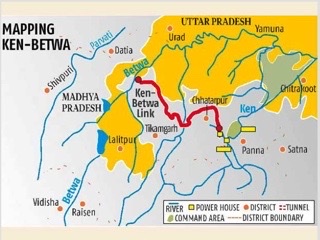 Floods have advantages and advantages only unless its turned into a disadvantage by people themselves.

Political Effects of the Interlinking

Constitutional Effects of the Interlinking

The two components of inter-linking, the Himalayan and the Peninsular Rivers Development will cost entail enormous investment. That raises a question on shunning alternative ways to manage water resources.

There are other successful alternatives that have not been given priority and tried. In any case, the performance of dams and the experience obtained has so far been not at all good.

As per government claims, overall 79,292 hectares of forest land, will come under the submergence of this project and that will be devastating.

Moreover, each river regime is unique in its own way within its own ecosystem. Which will be disrupted 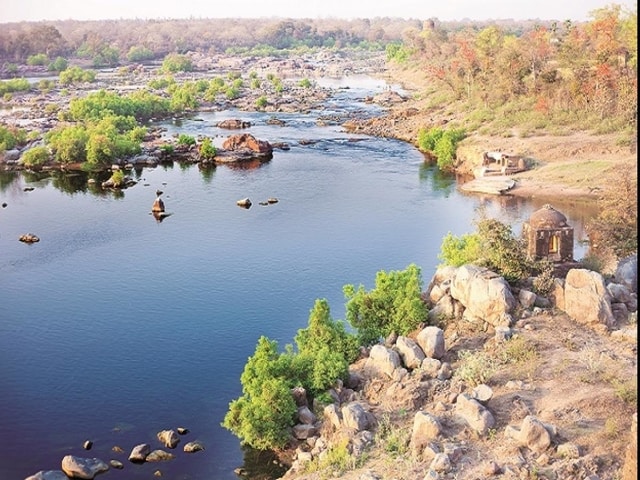 There are 24 river basins in India. Transferring water from one basin to another will involve a large amount of lifting water from the north up to the Deccan. This will entail enormous amounts of energy much of which has got to be produced by hydropower to start with and renders the scheme infructuous from the beginning.

Any scheme that smacks of gigantomastia of this kind ought always to need to be questioned.

A thorough study on all aspects including consequences of flood mitigation, lack of sediment to ocean waters and nutrient supply in the downstream and coastal region, and more importantly in the BoB, is crucial for evaluating the long-term consequences of interlinking of rivers in India. There are sustainable alternatives, cheap and people-friendly alternatives.

More than 72 per cent of groundwater reserve within the country sees higher water withdrawal rates than recharge. This simply means that our policy makers and governments now need to focus on groundwater reserves and aquifers, which need to be linked for rejuvenating our rivers, and that is as correct of Ken Betwa as much for the whole of India.

Use of local wisdom diffusion of the information and reviving these environmentally sustainable technologies on water harvesting, empowering people, decentralising development and simplifying solutions through lateral thinking are far plausible solutions rather than merely copying the western water management practices with a colonial mindset.

That’s exactly the same in the Ken Betwa, case, where the construction of the dam in site within Panna Tiger Reserve is not the best possible option… the total project cost has not included the value of ecosystem services lost because of the diversion of forest… If the value of ecosystem services lost is taken into account than the benefit/cost ratio will be very less, not good for making the project economically viable. With 38, 000 crore investment, we can do wonders to the ecology by empowering people and following natural solutions.