MABUX: Bunker Prices In Mixed Mode During the Past Week -

MABUX: Bunker Prices In Mixed Mode During the Past Week

The Global Scrubber Spread (SS) – the difference in price between 380 HSFO and VLSFO – continued to decline during the week and averaged 89.41 USD (98.79 USD last week).

Correlation of MBP Index (Market Bunker Prices) vs DBP Index (MABUX Digital Benchmark) in the four global largest hubs during the past week showed that 380 HSFO remain undervalued in three selected ports in a range from minus 9USD (Houston) to minus 26USD (Singapore). This kind of fuel is overcharged in Fujairah by 4USD. VLSFO according to DBP Index, is undervalued in a range from minus 10 USD (Rotterdam) to minus 27 USD (Singapore) in all selected ports except of Houston, where it is overpriced by +24 USD. MGO LS was also overvalued in Fujairah (+4USD) and Houston (+22USD). In Rotterdam and Singapore this type of fuel was underpriced by minus 36USD and minus 39USD respectively. 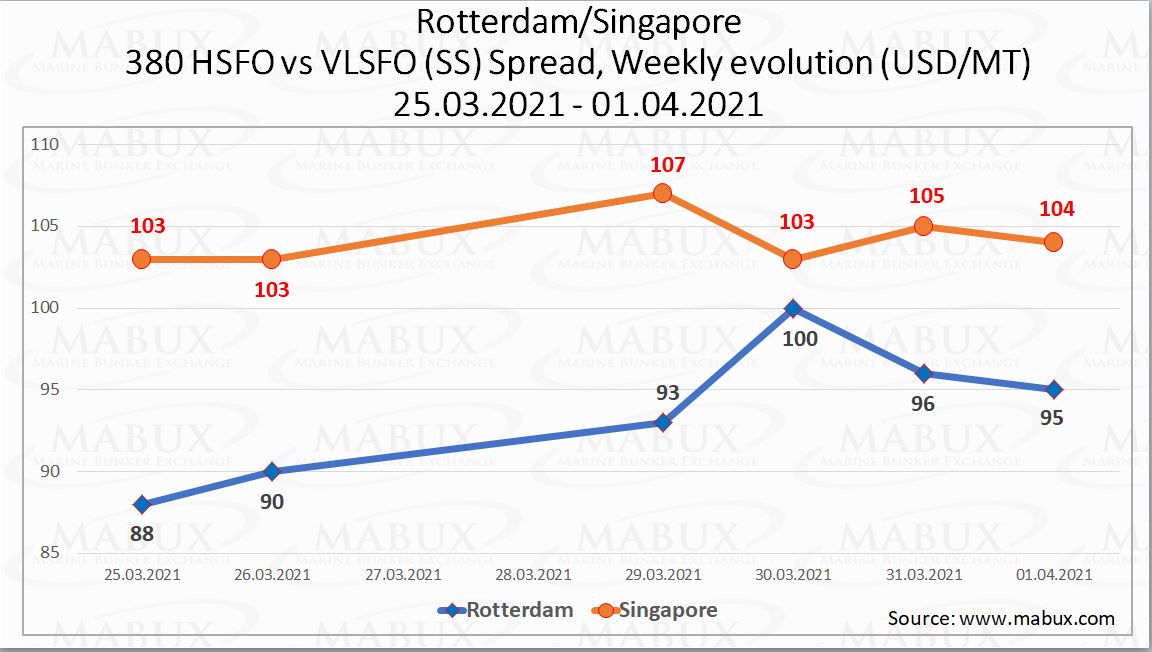 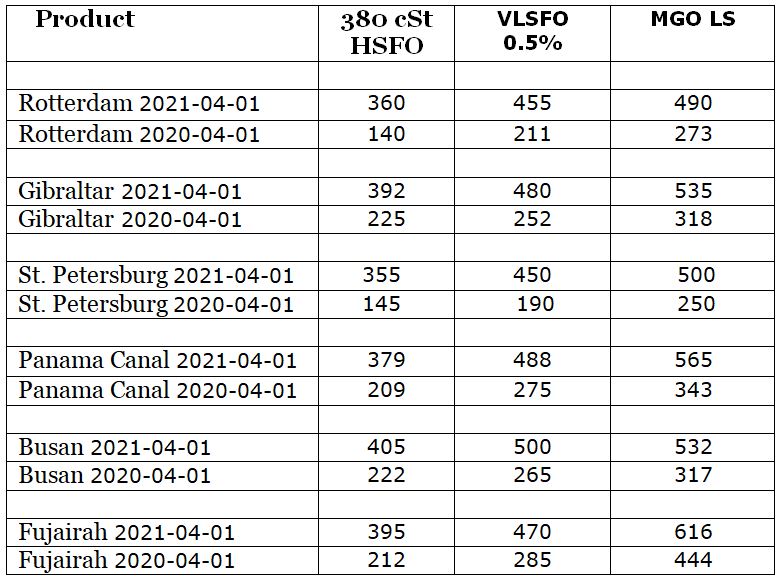 European bunker hubs continue to have readily available supplies of low sulphur fuels. The Suez Canal blockage has delayed vessel traffic to European ports during the week. Some East Mediterranean ports have seen stems delayed and cancelled, including Limassol in Cyprus. At the same time, suppliers were able to deliver VLSFO and LSMGO with 1-2 days’ notice in Piraeus, Malta and Istanbul. 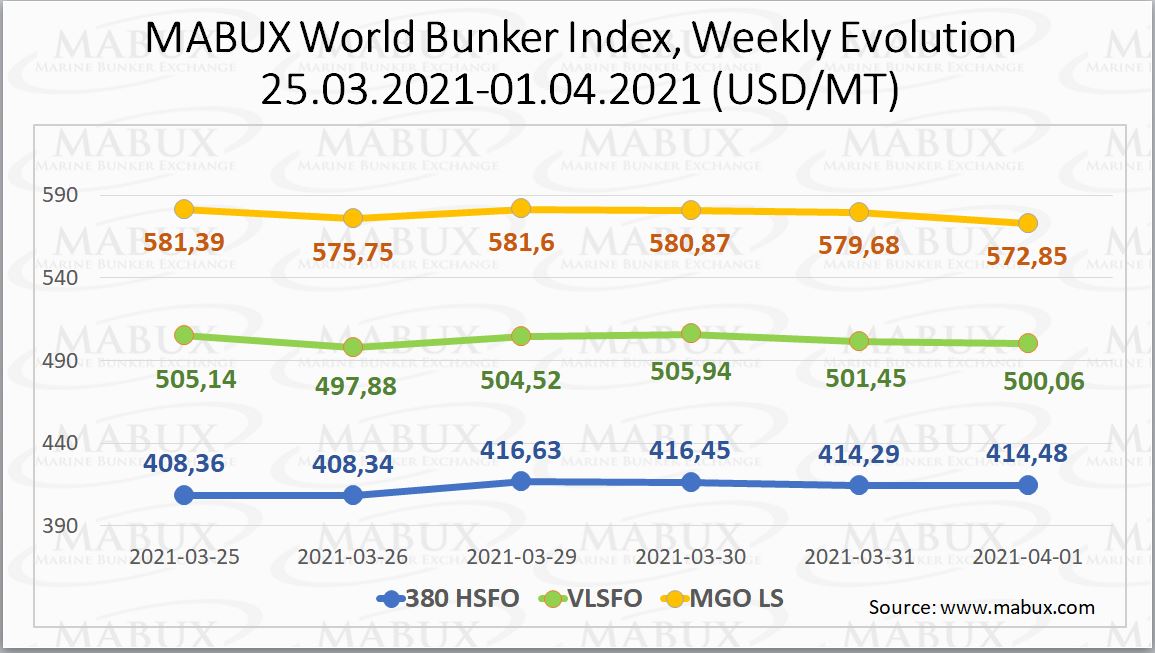 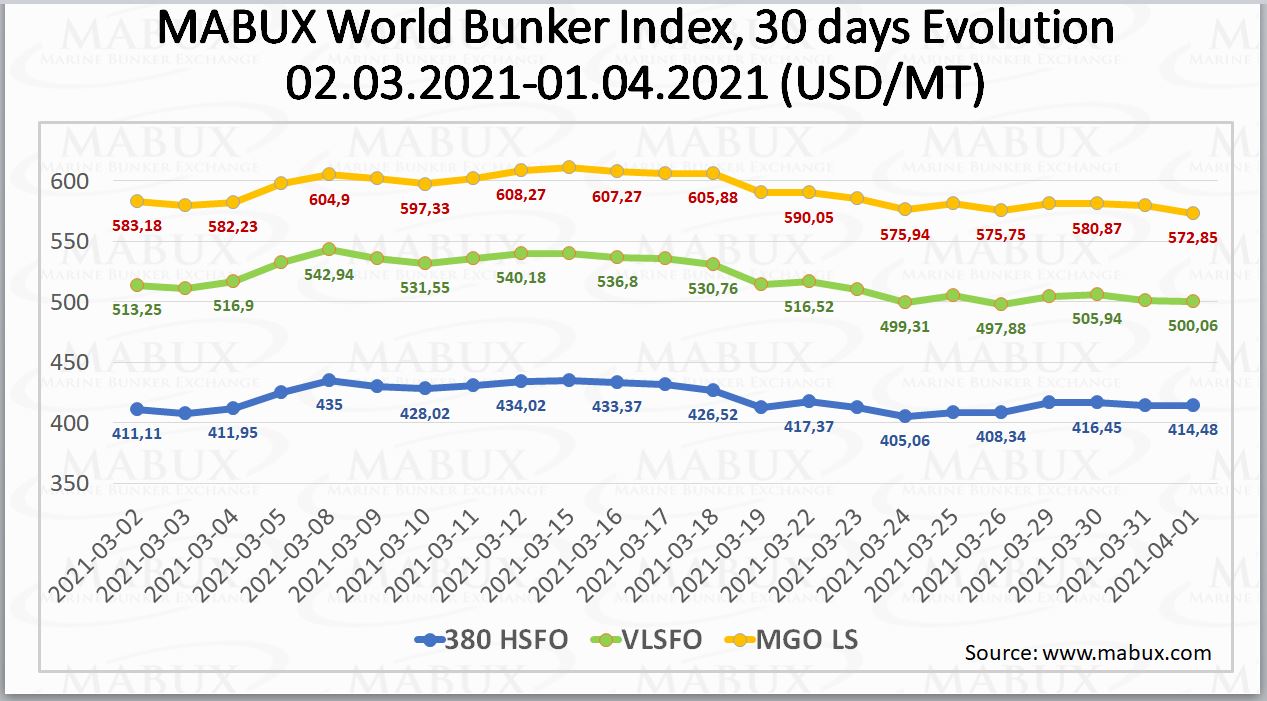 South African ports, and especially Port Elizabeth, have had reduced availability of HSFO180 for months. Nearly half of South Africa’s refinery capacity has been offline since last year, when a fire and an explosion sidelined two refineries on different occasions. South African suppliers have relied on imports of distillates and fuel oil to cover some of the domestic production shortfall, and availability of higher-value VLSFO and LSMGO products has been better than for HSFO180. While Fujairah’s bunker market has mostly recovered from production issues two weeks ago, supply is now tighter as blending components have been held up in delayed tankers at the Suez Canal. 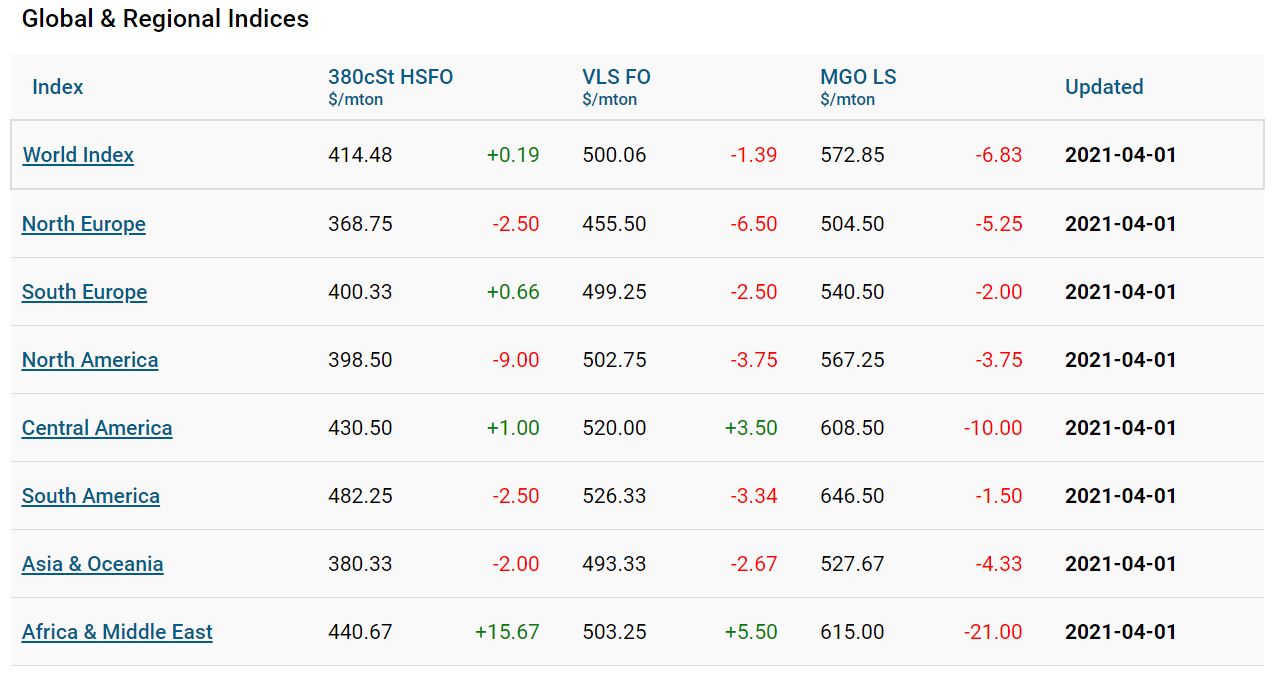 There should be sufficient product stored in Singapore to meet a potential uptick in demand from eastbound vessels delayed by the Suez Canal blockage, but there has not yet been any noticeable increase in enquiries from these vessels. At the same time, ongoing maintenance work at two local refineries has crimped resupply volumes to Far East Russian ports. Only one supplier has LSMGO available and limited volumes have pushed Russian prices for that kind of fuel up and above those in competing South Korean ports.