PGInvIT has offered a price band of Rs 99-100 per unit for the public issue, which will open on April 29 and close on May 3. The InvIT will raise Rs 4,993.5 crore as fresh issuance and PGCIL is also providing an offer for sale (OFS) of Rs 2,742 crore of existing units. The company has offered five “initial portfolio assets” at an enterprise value of Rs 10,384 crore for the proposed PGInvIT.

The net proceeds will be used to provide loans to the initial portfolio assets for repayment or pre-payment of their debt, including any accrued interest, and for general purposes, said PGCIL.


Speaking at the launch, K Sreekant, chairman and managing director, PGCIL, said the company will offer more transmission assets to the InvIT in the future.


Sreekant said PGCIL’s current TBCB portfolio has Rs 5,000 crore worth of operational assets and seven under construction projects at an estimated cost of Rs 12,200 crore. These include four projects that are for renewable energy linking. “These can be considered for transfer to the InvIT. We are seeing significant gro­wth in the renewable energy and intra-state transmission segment. PGCIL recently won five TBCB projects,” he said.


The Union Cabinet in September 2020 approved monetisation of PGCIL’s assets through the InvIT model.


“This approval would help PGCIL to monetise in the first lot, assets with gross block value of more than Rs 7,000 crore. These assets, which are mainly high voltage transmission lines and substations, are held by PGCIL in the form of special purpose vehicles (SPVs). The proceeds from the asset monetisation would be deployed by PGCIL in their new and under-construction projects,” it had said. 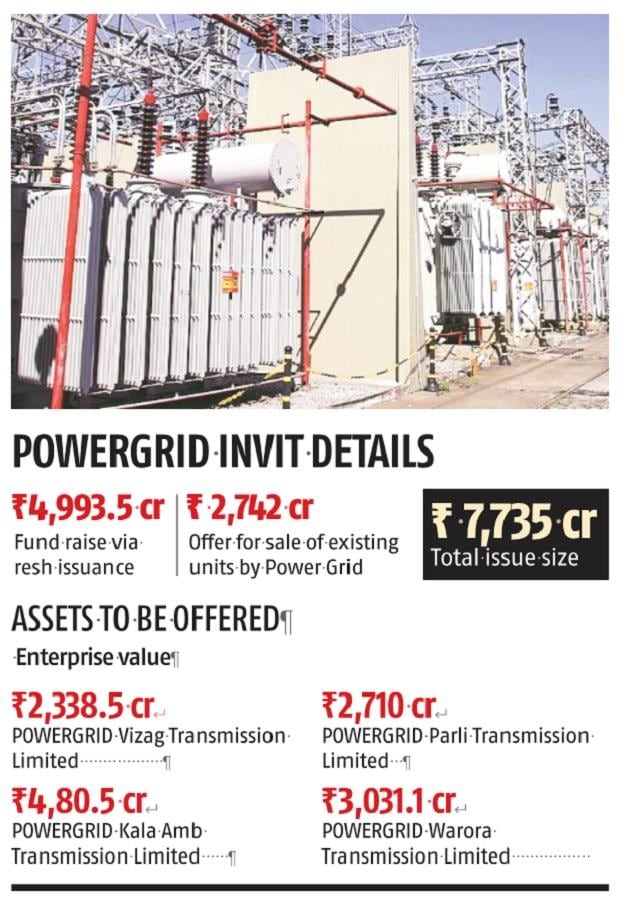