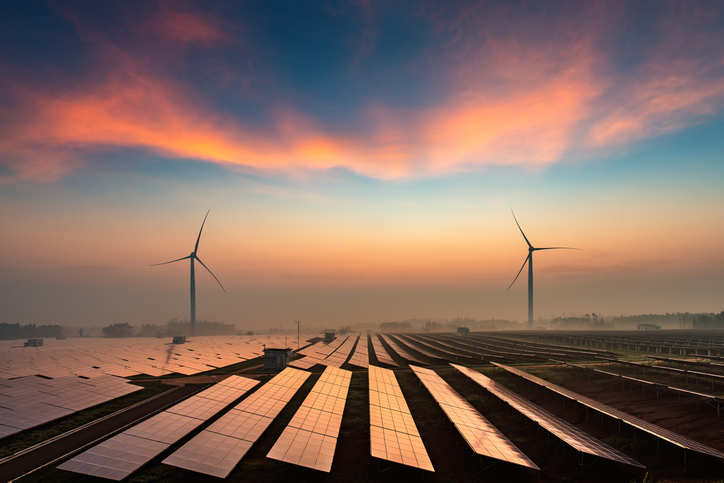 The country needs over USD 400 billion in capital investment which could save over 100 GW of energy and 1.1 billion tonne of greenhouse gasses between 2015 and 2030, if it goes ahead with the measures to control pollution under the Paris climate agreement, says a report. Since the country is set to far exceed most of its 2015 Paris Agreement targets on climate change, analysts are keenly watching whether India raises its pollution curtailment targets or signals a ‘net carbon neutrality‘ deadline at the two-day Climate Summit that began on Thursday.

The government’s push towards blending ethanol up to 25 per cent and move towards green hydrogen are encouraging, Bank of America Securities said in a note on Thursday– which is the Earth Day and also the opening day of the two-day climate summit being pushed by US President Joe Biden.

“Over 2015-30, India could drive USD401 billion in capex, which could lead to over 106 gw in energy savings, and 1.1 billion tonne per annum reduction in Co2 and impacting 99 stocks with a market capitalisation of USD 1.4 trillion,” BofA said in a note.

The report expects India to step up its emission curtailment targets by 2047 and announce the same at the summit. Several large global economies have committed to be carbon neutral by 2050; and China has set a 2060 target. The US has rejoined the Paris Agreement under Biden and could make major announcements at the summit.

However, achieving 25 per cent ethanol blending by 2025 could be a challenge as it will require 10 billion litres of ethanol per annum vs current production of only 3 billion litres. On the green hydrogen drive, the report expects India to gain traction for green hydrogen sometime soon as the government is finalizing the National Hydrogen Energy Mission which would require fertilizers, steel and petrochemicals industries to shift to green hydrogen.

The government has indicated plans to blend hydrogen with CNG and leverage the CNG pipeline infra to reduce hydrogen transportation costs. A pilot project with 50 buses running on hydrogen-CNG fuel is currently underway in New Delhi.

Another pilot on hydrogen vehicles is being planned by NTPC, which could set up 1 mw electrolyzers in New Delhi and Leh, as a part of the project. Besides, Reliance has also indicated plans to use green hydrogen.

It can be noted that the Railways which has set 100 per cent electrification target by FY23, has already recorded its highest ever route electrification in FY21 at 6000 km, which is 14 per cent higher than the previous best in FY19, taking the electrified route to 71 per cent of the total.

Also, 23 per cent or 657 km of the mega rail project, DFC or the dedicated freight corridor is already live from December last and another 12 per cent will go live by April end.

On the renewable energy front driven by one of the largest RE programmes globally (175gw/ 450gw target by 2022/2030), share of non-fossil fuel-based energy in installed power capacity of has already reached 38 per cent as against the Paris Agreement target to achieve 40 per cent by 2030.

To further support this, the government has approved a Rs 4,500-crore production linked incentive scheme to create 10 gw solar PV manufacturing capacity vs the current capacity of just 3 gw for solar cells and 5 gw for modules.