The Board of Directors of the Port Authority of Valencia (PAV) plans to study this Friday the tender specifications for the construction and operation of the multi-purpose terminal at Muelle Centro 2 in the Port of Sagunto, an infrastructure that will strengthen the site’s position as a benchmark industrial port in the Western Mediterranean. The multi-purpose maritime terminal will have a quay with a maximum length of 509 metres, with an adjoining area of approximately 226,000 m2, including some 15,000 m2 of manoeuvring area 30 metres wide next to the quay edge, and a minimum depth of 16 metres.

The existing berthing line has a ramp located at the northern end that allows the operation of ro-ro vessels berthed alongside the North Quay 2, and the bidder may choose to build a 39-metre ro-ro heel on both sides to allow the operation of ro-ro vessels berthed alongside at the northern end of the Centre Quay 2. As for the construction works of the berthing line until its completion, the bidder can choose to have them executed by the PAV or to execute them himself as part of his concession obligations. In the first case, the surface area will be delivered upon completion of the berthing works by the PAV. In the second case, the surface will be delivered in its current state, with the exception of the water surface pending filling and that which the bidder proposes in its bid for the berthing of vessels in the event of opting to include the berthing line in the concession, whose filling and dredging works up to a minimum level of -16 metres will be carried out by the PAV in any case.

The projected terminal must have the following characteristics: capacity to simultaneously serve two vessels with general cargo; it will adopt the most advanced standards in the fields of innovation, flexibility and sustainability; and excellent connectivity and competitiveness for the import/export and transit markets, with a clear value proposal of positioning among the industrial ports of the Western Mediterranean and preferably oriented towards general or break bulk cargo, including roll-on/roll-off, special transport and large projects, as well as containers. 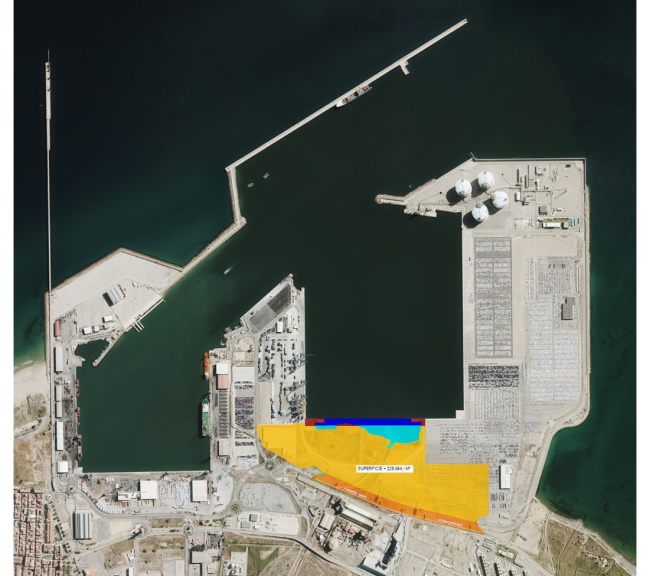 The new terminal will have an esplanade area of approximately 30,000 m2 to house a railway terminal, located between the multi-purpose maritime terminal at Muelle Centro 2 and the internal road network of the Port of Sagunto, and which will serve a 3-track beach 750 metres long to be built by the PAV. As far as the esplanade development work is concerned, the bidder may choose whether it will be carried out by the PAV or whether it will carry it out itself as part of its concession obligations.

The PAV has invested more than 360 million euros in the construction and refurbishment of the Port of Sagunto’s infrastructures over the last 20 years, an investment that has enabled the Sagunto facilities to expand their activity and modernise their processes, consolidating their position as a benchmark port in Spain. The PAV’s commitment to the Sagunto facilities has positioned the infrastructure as a centre of reference in Spain for goods traffic.

In line with these objectives, the PAV has promoted the construction of a new road and rail access to the south in order to provide the port of Sagunto with the port infrastructures and services that respond to an adequate maritime-terrestrial intermodality, by means of an efficient and safe road and rail network, adequately connected with the rest of the transport system and with logistic nodes of high interest in the Mediterranean and Cantabrian-Mediterranean Corridors.
Source: Port of Valencia