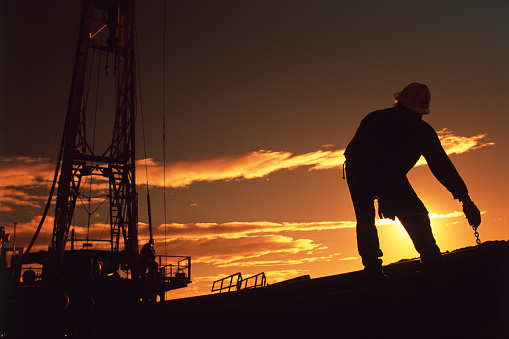 Kampala: Uganda, Tanzania and French oil company Total signed agreements Sunday on building a heated pipeline to carry crude oil from western Uganda to the Indian Ocean coast. Construction of the pipeline, which would be the world’s longest at 897 miles, is expected to begin this year.

Tanzania’s new leader, President Samia Suluhu Hassan, was in Uganda to witness the signing of the documents, perhaps her most important executive action since her inauguration last month.

Ugandan authorities and officials from Total, a majority shareholder in Uganda’s oil fields, also signed the agreements that had been long held up by tax disputes, administrative delays, and the death of Hassan’s predecessor.

Suluhu described the event as “an auspicious occasion” that would unlock development of the region’s oil resources.

The shareholder agreements cover the construction of the USD 3.5 billion pipeline designed to connect oil fields near Lake Albert to the Tanzanian seaport of Tanga.

Despite anxiety over falling crude prices in recent years, hopes have remained high in Uganda over the potential for oil exports to lift the East African country into upper middle-income status by 2040. Annual per capita income in Uganda was less than USD 800 in 2019.

A 2015 World Bank study emphasized that the economic benefits would be considerable if local companies are competitive enough to win lucrative service contracts in the oil sector.

Total and its investment partner in Uganda, the China National Offshore Oil Corporation, must honour commitments to award about 30 per cent of the contracts to suppliers of Ugandan origin, said Robert Kasande, permanent secretary with Uganda’s Ministry of Energy and Mineral Development.

“We believe that this should be a catalyst” for economic growth, he said.

Watchdog groups and others also have warned against the personalization of Uganda’s oil resources and heavy borrowing by national budget authorities anticipating oil revenue.

Ugandan President Yoweri Museveni, who has led Uganda since 1986, has sometimes suggested that the discovery of commercially viable quantities of oil in 2006 created an opportunity for him to remain in power.

“They are targeting my oil,” he said of his challengers in the country’s 2016 presidential election.

It remains unclear when Uganda will export its first drop of crude, since developing storage sites, processing facilities and other key infrastructure will take time.

The agreements signed Sunday also also must be codified into legislation in both Uganda and Tanzania.

Patrick Pouyanne, the Total CEO and chairman, said the Ugandan investment will exceed $10 billion. While challenges remain, there’s hope “to see the first oil tanker” by early 2025, he said.

Plans for the pipeline have recently been attacked as “irresponsible” by activists who say it isn’t compatible with the goals of the Paris climate accord.

Critics also say the rights of local residents are at risk and that the pipeline, which would cross rivers and farmland, will damage fragile ecosystems.

The project could cost more than 12,000 families their land rights, the Paris-based International Federation for Human Rights recently charged.

Facing calls to abandon its projects in Uganda, Total last month said it would limit oil extraction from a national park to less than 1% of the protected area. The company also said it would fund a 50% increase in the number of game rangers in Murchison Falls National Park, Uganda’s largest protected area.

Total acknowledged “significant social and environmental stakes” posed by oil wells and the pipeline, and pledged to proceed responsibly.

But criticism of the pipeline project is likely to persist.

“Despite our persistent calls for urgent action from the Ugandan government, Total, and CNOOC, the oil project is accelerating while most of our concerns and recommendations remain unaddressed,” Antoine Madelin, advocacy director of the International Federation for Human Rights, told The Associated Press.

“Major environmental and human rights risks remain. The top priority should be to deal with the concerns of communities suffering from the project, not start drilling at all cost.”